A new Michigan Child Support Formula went into effect on January 1, 2013.  Anyone with a current or prospective child support case in Michigan should be aware of the changes from the previous version, which had been in effect since October 1, 2008.  The highlights include:

Additional Deviation Factors – As in the previous versions of the Child Support Formula Manual, the court may deviate from the formula in certain circumstances where it makes a finding on the record or in writing that strict application of the formula would produce an unjust or inappropriate result in a particular case.  The 2008 version of the Formula listed seventeen situations in which such an unjust or inappropriate result might occur.  The 2013 update added three more.  These situations are (with 2013 additions in bold):

Retirement Contributions – Employer or individual retirement contributions are now considered income for purposes of calculating the payer’s child support obligation.  However, contributions up to 5.5 percent of the individual’s gross income may be deducted from income.

Income for Self-Employed Individuals, Business Owners, Executives, and Others – The new Manual includes detailed instructions and explanations for how to determine income for self-employed individuals, business owners, and the like, for purposes of calculating the payer’s child support obligation.  Any person involved in a child support case who has this type of income – or whose spouse has this type of income – should pay special attention to these new provisions.

Gifts from Relatives – Gifts from relatives counted as income no longer include gifts from a spouse.

Minimum Order Amount Requirement Removed – The 2013 Manual removed the provision of the 2008 Manual stating that, unless the court decided to deviate from the formula, a parent’s total child support obligation had to be at least $25 per month.  Now there is no such minimum amount requirement.

Health Savings or Flexible Benefit Accounts – The new manual resolved a previous ambiguity by including a provision stating that a parent’s or custodian’s qualifying medical expenses include those paid with monies from a health savings account, provided that account is funded, in whole or part, with monies reported as that individual’s income.

Schedule a consultation with our Plymouth, Michigan family law attorneys. Contact us at 734–254-1140.

As an attorney myself, I highly recommend Carlo

Carlo did a nice job handling my divorce. He was considerate of my desire to keep things as amicable as they can be under trying circumstances, and was able to work out a fair resolution of all the is... Read More 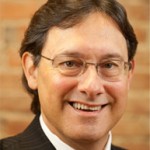 Carlo J. Martina has been practicing law for over 40 years. He’s been Peer Review Rated “AV” by other attorneys in Martindale-Hubble, signifying in their own words, as having “…the highest level of legal ability and ethical standards. The Pinnacle of Professional Excellence.”